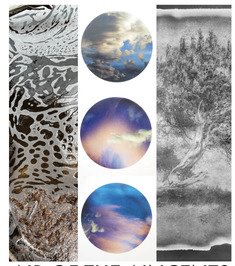 Air of the Ancients Artist Talks

Join the Center For Fine Art Photography, Angela Faris Belt, Natascha Seideneck, and Melanie Walker for a look into their works for Air of the Ancients.

Angela Faris Belt
Angela Faris Belt is a visual artist whose work studies relationships between humankind and the more-than-human world. Influenced by nature writers, a unique multi-cultural heritage, Buddhist philosophy, and a lifetime spent in nature, she uses photographic media because its physical makeup mirrors nature itself— sensitivity to light, energy and time, metallic and chemical interactions, viability and expiration—and its inherent ability to simultaneously record and infer. Her work utilizes the entire range of photographic media from historic to digital; media is chosen to underscore or mirror the concepts regarding nature in each body of work.

Angela's work has been widely exhibited in prestigious juried and invitational exhibitions including Corden/Potts Gallery, San Francisco; BJ Spoke Gallery, NY; Arvada Center for the Arts, CO; The Dairy Center for the Arts, Boulder, CO; Foreman Gallery, NY; and University of Notre Dame's Photography Gallery. Her work is held in collections including Kaiser Permanente, Reynolds & Reynolds, the Crowne Collection, Chicago; and the Smithsonian Museum. She is represented by Michael Warren Contemporary Gallery in Denver.

Angela lives in the mountains of Colorado's Front Range, alongside neighbors of elk, deer, fox, coyotes, bears, and mountain lions. In addition to her artwork, she is Program Chair of the Studio Art & Art History Departments at Arapahoe Community College. In her off-time she builds stone walls and participates in bark-beetle mitigation efforts.

Natascha Siedeneck
Natascha Seideneck is from Germany, grew up in England and lives in Denver, Colorado. She holds an MFA from Tufts University and is currently an Associate Professor of Art at Metro State University of Denver. Natascha exhibits her work extensively and has produced numerous site - specific artworks, often collaborating with artists, designers, and architects. Her work is interdisciplinary, often engaging in experimental processes that integrate still and time-based visual technologies. In particular she is interested in how land is surveyed and surveilled within historical and contemporary contexts.

Melanie Walker
Melanie Walker has been a practicing artist for over 50 years. Her expertise is in the area of alternative photographic processes, digital and mixed media as well as large scale photographic installations and more recently, public art. She attended San Francisco State University for a Bachelor's degree in Art and Florida State University for an MFA. She has received a number of awards including an NEA Visual Arts Fellowship, Colorado Council on the Arts Fellowship and an Aaron Siskind Award. She taught at a number of universities including San Francisco State University, SUNY Albany, Alfred University and the University of Kentucky, Lexington. She currently teaches in the Media Arts Area at the University of Colorado Boulder. Over the last several years her work has gone in two primary directions involving public art and further pursuits of a mixed media approach to photography. She has been collaborating on public art with artist/sculptor George Peters and together they have been the recipient of numerous public art commissions in a number of national and international locations, including Colorado, Arizona, London, Florida, Alaska, and California.